The oldest round school building in Japan has been transformed into the newest mecca of figures in Japan. 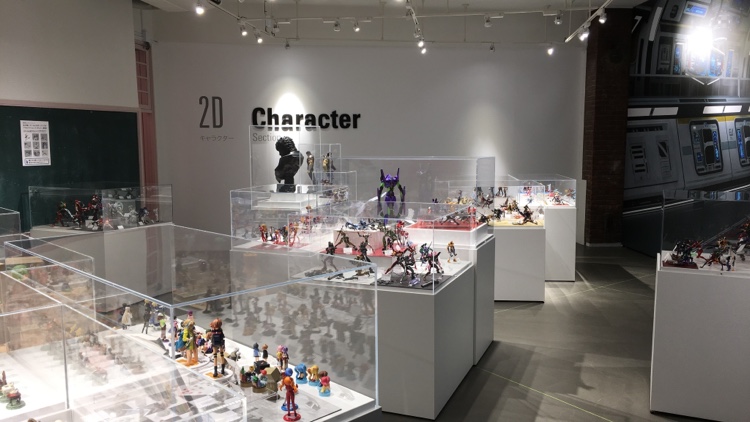 The round school building has been loved by people for many years as the symbol of the town.
The building features an old-style architecture that we rarely see today and includes a spiral staircase that children used to run up and down and fan-shaped classrooms where children used to listen to their teachers.

At one point, it was planned to demolish the school building due to deterioration; however, as many local people didn’t like the idea, it was restored instead.

Today, the building is filled with many figures of dinosaurs, animals, anime heroes and popular characters instead of children.

Manga culture has always been embraced in Tottori prefecture, especially since there is a factory of a globally acknowledged figure manufacturer in Kurayoshi-city. Because of the local characteristic, it was decided to use the building as the largest-scale figure museum the world has ever seen. 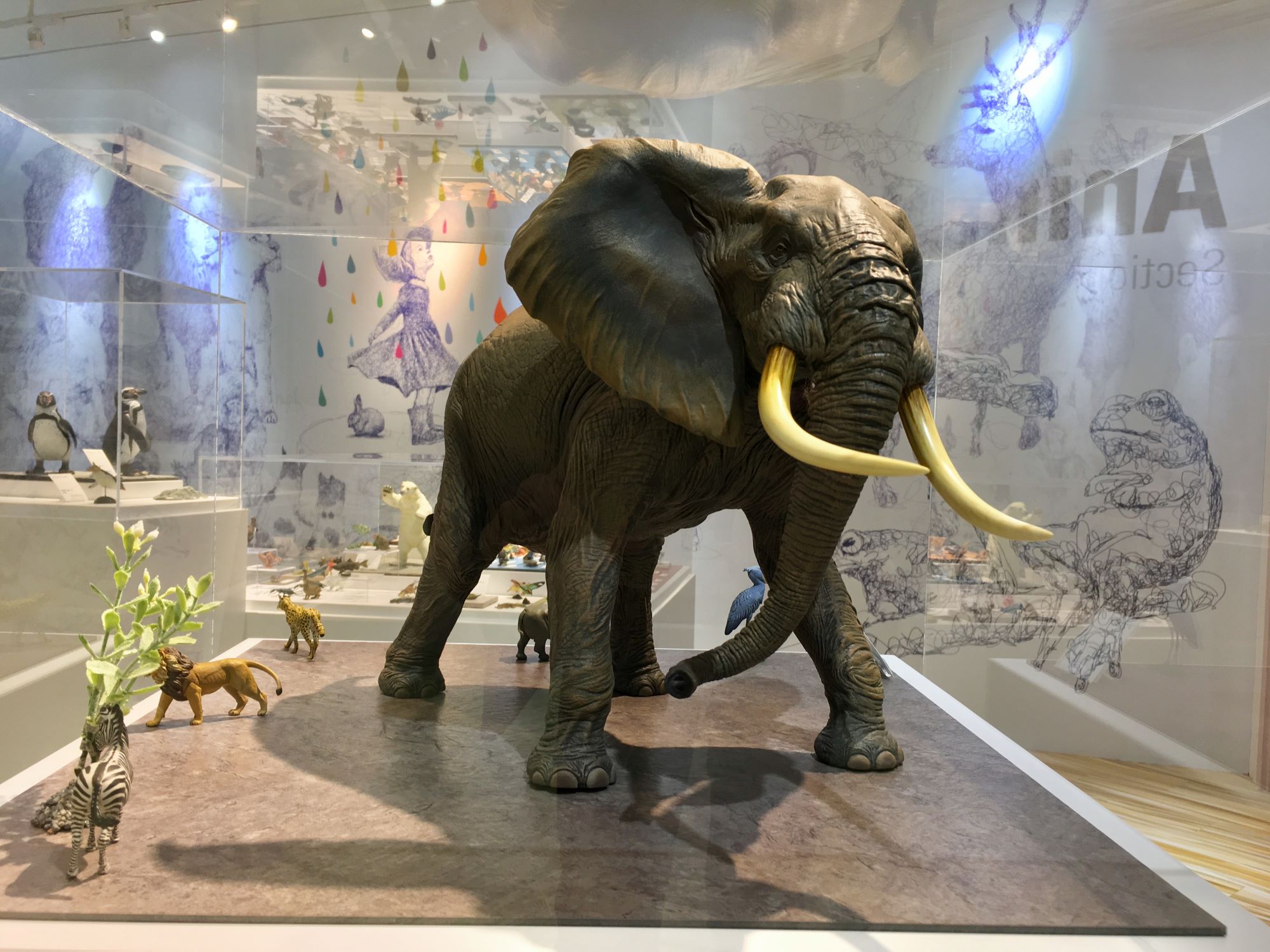 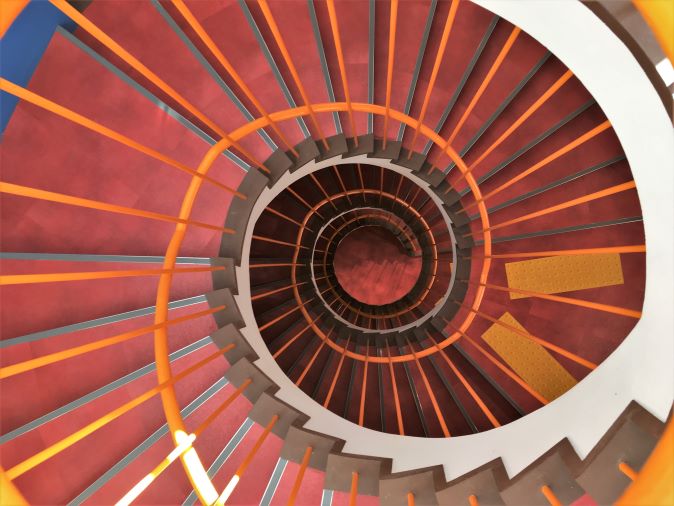 The museum is a place where visitors cannot only see the exhibited figures, but also connect with each other regardless of the age or nationality through learning the production process of figures and experiencing figure-making.
Let’s see what culture and dramas the place will produce.

Unfortunately, after more than 10 years since the building was closed, the exterior was dilapidated with broken windows replaced with plywood. You could also see rust on the veranda fence, broken floor tiles and water stains on the ceilings.
Due to significant deterioration, the old building of Meirin elementary school, the symbol of the town, was initially planned to be demolished. 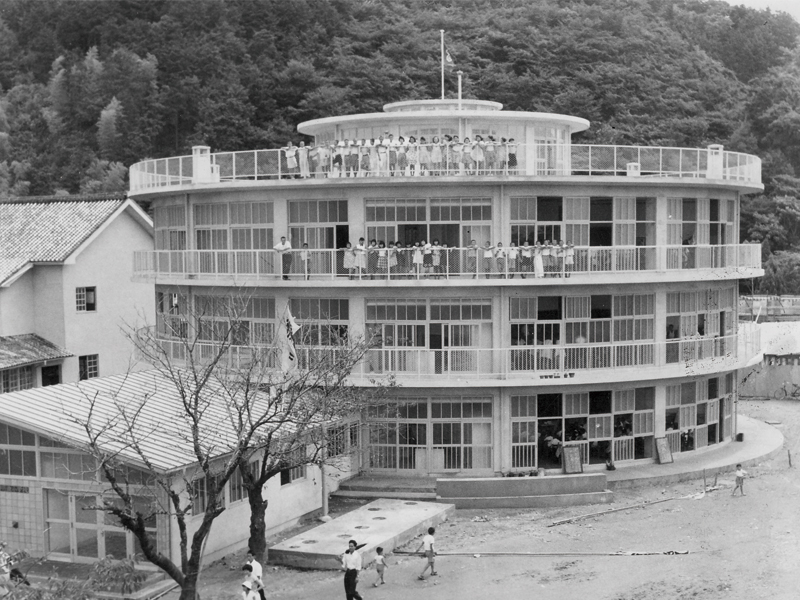 After the demolition of the school building was announced, there were many objections raised to it, as it was hard for local people to believe that the round school building, which had been a part of their town, would disappear. Some of them started to collect signatures for a petition to repair the building step by step and restore the original appearance. As a result, they managed to collect nearly 7,000 signatures and successfully stopped the old round building of Meirin Elementary School from being demolished.
Then there was another thing – just restoring and preserving the building as the symbol of the town didn’t seem enough to us. The building has one-of-a-kind architecture that features a spiral staircase in the center and fan-shaped classrooms as well as unique exterior. In order to make full use of it, we decided to turn it into a large-scale figure exhibition facility in collaboration with Good Smile Company Inc., a major figure manufacturer, Kiyodo Co., Ltd., one of the most established figure brands in the industry and Yonago Gianax Inc. 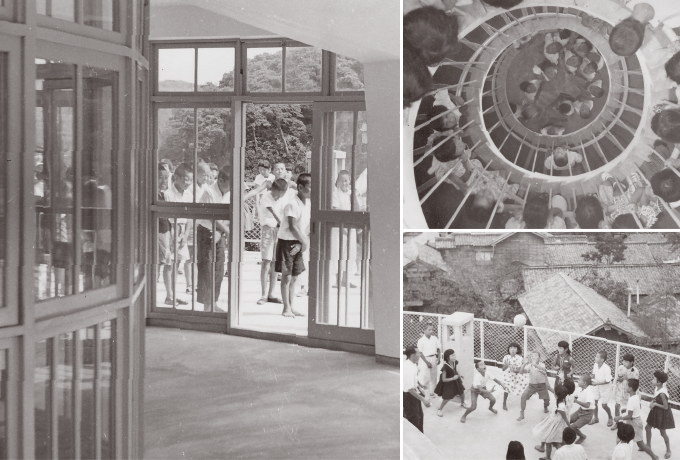 At Enkei Gekijo, we are hoping that many people find the round school building “interesting” while enjoying the exhibition of figures that represent “Cool Japan”. At the same time, we are also hoping that visitors learn about Japan’s advanced figure production techniques at the exhibition. We believe that the figure museum is beneficial to both the school building and the figures. We intend to make the building a great facility so that, in the future, local kids can proudly say “There are a round school building and a figure museum in my town!”. 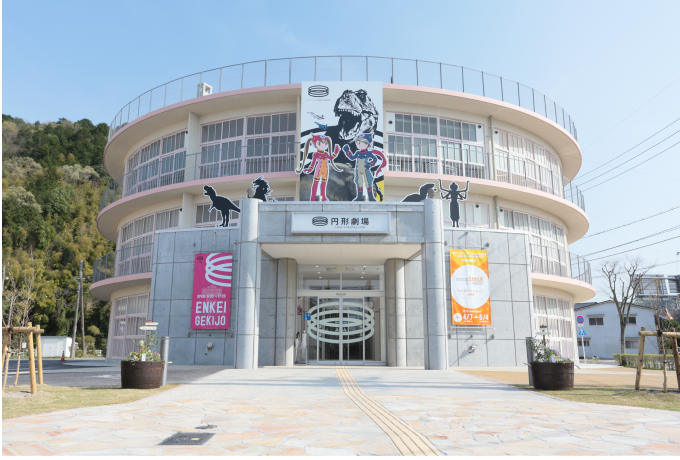